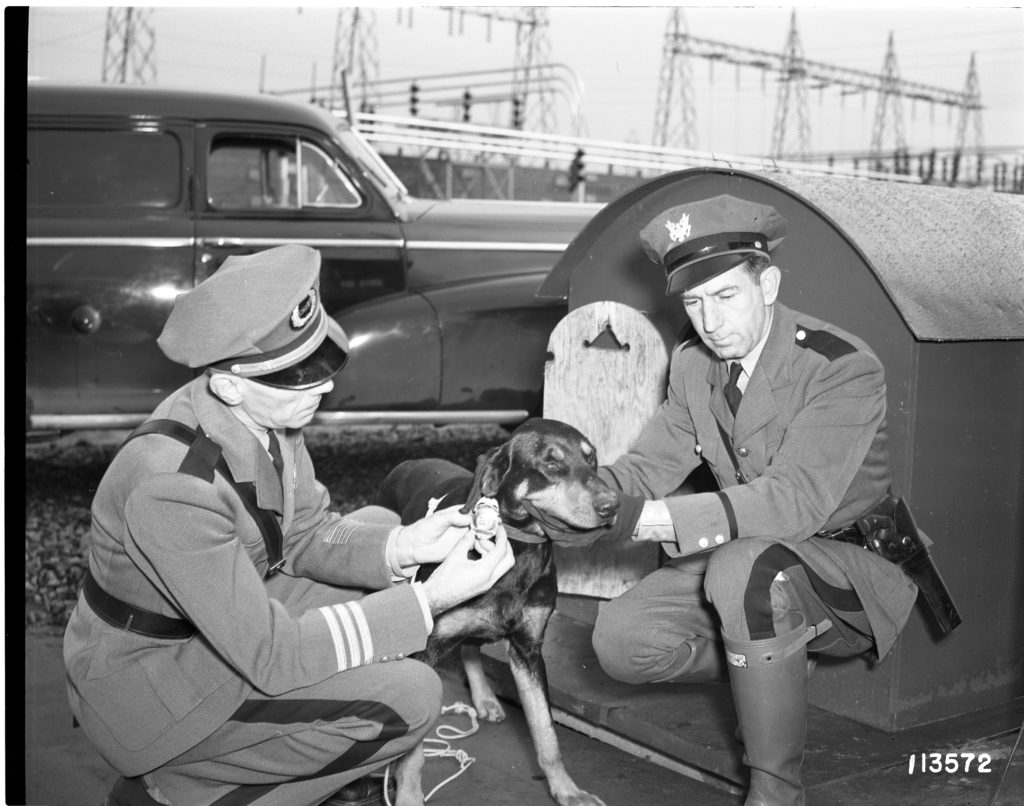 Aluminum uses during the First World War were confined to dog tags, mess kits and canteens, even though the U.S. government took 90% of Alcoa’s output. By the time the world was engulfed in war a second time, modern all-metal aircraft were commonplace and strategists understood the significance of aluminum to winning the war. The U.S. war effort benefited from geographical isolation and abundant power resources, but the build-up was slow to get started. For photos and images related to this topic, visit the photo albums on the Facebook site "From Superstar To Superfund."

From their inception to the start of the Second World War, aluminum producers relied on tariffs and cartels to protect prices and markets. U.S. government attorneys brought anti-trust charges against Alcoa in 1912, while U.S. fabricators sued the company for monopolistic practices. In 1928, the company split off its Canadian and international businesses to allay government concerns, but legal challenges remained.

Secret cartel agreements enabled Germany to build up its aluminum industry prior to World War II, and it eventually surpassed all nations in aluminum production. U.S. foil producer R.S. Reynolds brought home the truth about Germany after a visit to Europe. The U.S. played catch-up starting in 1940, but it wasn’t until after Pearl Harbor that the government agreed to pay Alcoa to build and operate new aluminum plants for the government around the U.S.

The development of the Columbia River’s hydroelectric system grew out of President Roosevelt’s 1932 campaign promises. By the time war broke out, both Alcoa and Reynolds had smelters operating on the Columbia River using electricity provided by the Bonneville Power Administration. To meet the demand for the strategic metal, the U.S. government paid to increase hydropower generation and build three more aluminum smelters in the Pacific Northwest. Alumina refineries, aluminum smelters and aluminum fabricating plants were built around the U.S. as the war-time defense industry expanded.

An anti-trust lawsuit filed against Alcoa had lingered through the war, but with the defeat of Germany and Japan came the need to dispose of billions of dollars worth of government-owned war-surplus equipment and facilities – including enough aluminum plants to support competitive companies. A court ruling in 1945 paved the way for a new aluminum industry in the U.S. composed of the Big 3 – Alcoa, Reynolds and Kaiser.

Surrounded by mountains and filled with lakes, rivers, sloughs and swamps, the Flathead Valley was isolated from European development until the Great Northern Railway passed through in 1892. The small towns of Columbia Falls and Kalispell competed for attention, often with boastful and untrue claims. By the time World War II ended, the Flathead economy suffered from high seasonal unemployment as it primarily depended on agriculture and timber.

Chapter 14 – Power to the people

With the war over, the Bonneville Power Administration turned to regional planning to address growing demand and occasional problems with extreme cold or drought. A dam built in the Flathead at Hungry Horse Creek on the South Fork of the Flathead River brought hope that an aluminum plant would follow, providing good-paying year-long jobs that would bring stability to the local economy.

In spring 1950, the Harvey Machine Company of California announced plans to build an aluminum plant in the Flathead Valley. The company had secured rights to power from the new Hungry Horse Dam and the backing of the Bonneville Power Administration and Rep. Mike Mansfield, and it hoped to secure war-surplus smelting equipment and financial benefits based on Korean War defense needs.

The Harvey Machine Company found itself mired in a political affair as other aluminum companies competed with Harvey for war-surplus equipment and power from the Hungry Horse Dam, and as a syndicated columnist and several U.S. House members accused Harvey of secret deals and even fraud during World War II. In the end, the company was unable to secure the $70 million federal loan it needed for the Flathead project but went on to become the fourth largest U.S. aluminum company by the mid-1960s.